Want to make a collectivist bristle? Just say a kind word about Ayn Rand. Make sure to interrupt them mid-seethe so you can point out they only dislike Rand because she was an immigrant Jewish woman. Rand taught us that you simply can’t run from phony altruism. It’s despotism in its larval stage, and it must be squashed before it infests the whole house.

Regular readers of Zero Hedge know that Tyler Durden writes a lot of their articles. How did one of the internet’s last remaining actual news sources get a fictional character on their staff? Trade secret, my friend. Trade secret.

The Zero Hedge logo does stand for something indisputably high concept: real news. When you proudly bear Zero Hedge’s logo, you’re declaring your support for journalists who are unafraid of reporting the truth. It’s not a lucrative practice in today’s censor’s paradise, which is why your support matters so much.

Blacklisted News is reporting the goings-on that the masters of the universe would rather you not know. If not for intrepid reporting like theirs, the rats gnawing away at your liberties would get away with their little antics completely scot-free. (Sure, some VIP’s mistress might go rogue here and there, but that’s nothing a little “freak accident” wouldn’t solve.)

Here’s a little hypothetical for you: Suppose you have an uncle named Sam. It’s a plausible scenario so far but bear with us.
Now, Sam is a bit of a character. He has been known to conduct medical experiments on other people here and there. He once wanted to see just how bad the symptoms of syphilis could become, so he located a bunch of farmers who already contracted it and kept an eye on their progress. He didn’t tell these farmers that they had the disease, nor did he inform them when treatment for it became available. As we said, Sam’s a character!

The Burning Platform’s readers have graciously donated thousands of dollars in the past, but many of the journalism site’s more fashionable supporters have asked for official merchandise as well. We are proud to offer precisely that on The Burning Platform’s behalf. Any money you spend here will fuel the fires of real journalism. Once they go out, the world will become a dark place indeed.

Our Ayn Rand Art Deco merchandise pays homage to the Queen Bee of Libertarianism by depicting her in front of a dreamscape. There’s even Atlas in the bottom left corner, no doubt suffering from several herniated discs by this point but still holding the world aloft all the same.

An Austrian-British economist and philosopher, Friedrich August von Hayek remains a pivotal figure in the defense of classical liberalism – the assertion that civil liberties and economic freedom are paramount to civilization. Hayek quotes are worth reading and considering given the influence he’s had on freedom and liberty movements.

Smedley Butler quotes are some of the most influential in the world in regard to military and war. At the time of his death in 1940 Major General Smedley Darlington Butler was the most decorated Marine in American history. His 16 medals included two Medals of Honor and the Brevet Medal, all for separate acts of heroism. Following his military service Butler revealed a supposed plot to overthrow the U.S. government, as well as published War Is a Racket, a scathing criticism of American wars for profit. 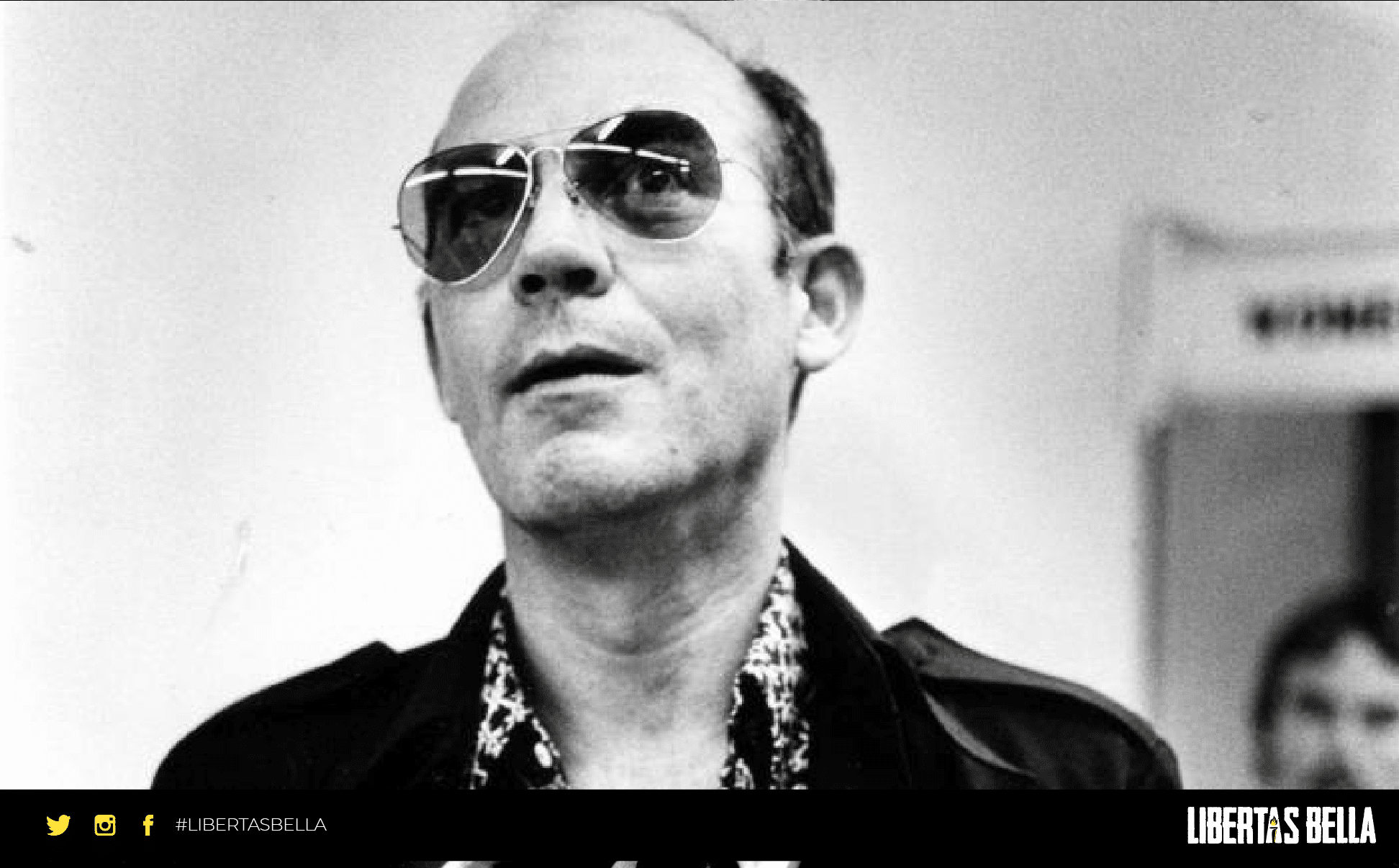 Very few writers achieve an image that overshadows their actual body of work, but boy, is Dr. Hunter S. Thompson ever one of them. Hunter S. Thompson quotes are some of the most bizarre (yet insightful) quotes out there. His persona of an acid-soaked degenerate frantically pecking away at the keys of an electric typewriter while surrounded by mounds of rotting, half-eaten grapefruits isn’t entirely spot-on, however. That has been largely played up, especially for the sake of movies like Where the Buffalo Roam and Fear and Loathing in Las Vegas.