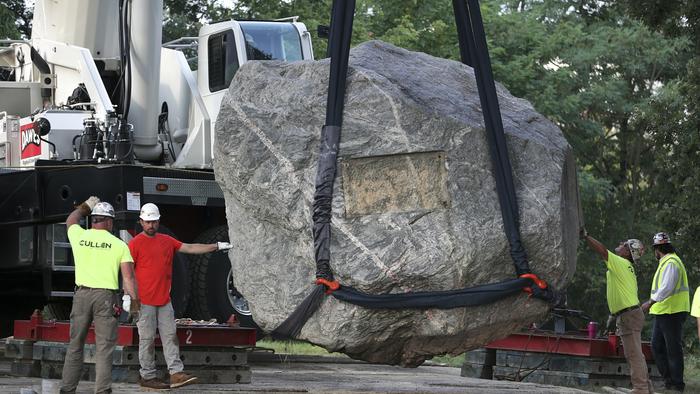 It’s not satire. The University of Wisconsin-Madison spent $50,000 removing a rock from the campus that had been deemed racist by some of the more vocal members of the student body. The rock is named after a geologist who was, like everyone else who lived prior to 20 minutes ago, “racist” according to the every-changing and increasingly broad standards of the contemporary left.